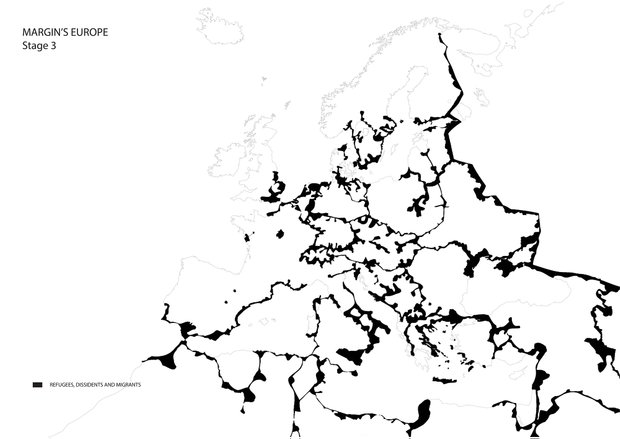 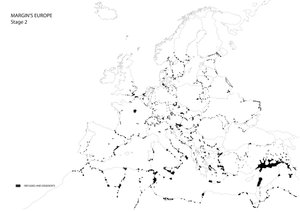 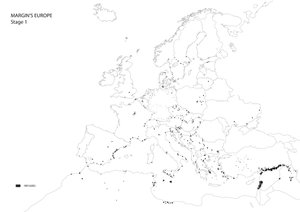 Our approach, situated between utopia and dystopia, proposes to imagine a future in the context of international migration as well as the resulting refugee crisis. By putting our focus on the physical and symbolic meaning of borders, we developed a narrative of a new possible organization of the European land: a new Europe shaped by the migration flows of excluded people. The starting point of this narration is the paradox of an immobilized mobility: the buffer zone.

In the context of the ongoing tensions amongst European countries on refugees, buffer zones correspond to the zones where people considered as unwelcome by nations are relegated. The “Jungle” in Calais is the most flagrant example of a population banned at the country border which has become a buffer zone between two nations. The border is no longer a plain legal line nor an impenetrable wall, but rather a space in its own: autonomous, hanging between two separate worlds, even with an unstable legal status.

On another scale, we can state that the whole Turkish territory is being used today by the European nations as a huge buffer zone to enclose the refugees that are not welcome on European public areas. Indeed, it seems plausible to predict that these buffer zones will continue to widen on the continent, surrounded by nations-states that will shrink more and more.

Given the admission of failure and incapacity of the public European bodies, it is now up to the civil society to stand as a guarantor of the human rights for which the Member-States did not assume any responsibility. It is in this context that the refugees and local dissidents will try to join forces in the fight. The social conflicts – internal to occidental societies – will inevitably find a common ground within the refugees’ struggle for a new and better existence.

Supported by this convergence principle, the buffer zones that are located at the intra-European borders will then communicate with each other and constitute a continuous space: a complex and dense network on the whole European continent and yet linked to Africa and the Middle-East. This network consisting of refugees, European dissidents and migrants coming from around the world, will become an independent always changing system that will leave traces on the territories crossed. The European land will be modified by this liquid empire which –depending on the location – will either divide the existing nations or re-create larger preexisting entities. What it originally looked like a marginal outlying area will gradually become central. The marginal will become the standard transforming the ageing European States which will turn into floating islands in the middle of an ocean consisting of refugees, dissidents and migrants pushing back the borders of their spaces due to their vital power.

The island countries will be nothing but ancient relics, “nursing homes” for exhausted people, recreation parks sporadically invaded by the new liquid empire.